In this article, we are going to explore the Java Stream API with some real-time use cases from the projects I’ve worked.

A Stream in Java can be defined as a sequence of elements from a source that supports aggregate operations on them. The source here refers to a Collections or Arrays that provides data to a Stream. Stream keeps the ordering of the data as it is in the source.

In simple terms, Java streams represent a pipeline through which the data will flow and the functions to operate on the data.

Stream operations are divided into intermediate and terminal operations and are combined to form stream pipelines.

Intermediate operations are always lazy and return a new stream that, when traversed, contains the elements of the initial stream that match the given predicate.

Moreover, the traversal of the pipeline source does not begin until the terminal operation of the pipeline is executed. So, executing an intermediate operation such as filter() does not actually perform any filtering, but instead creates a new stream

Terminal operations, such as Stream.forEach or IntStream.sum, may traverse the stream to produce a result or a side-effect. After the terminal operation is performed, the stream pipeline is considered consumed, and can no longer be used.

Intermediate operations are further divided into stateless and stateful operations.

Stateless operations, such as filter and map, retain no state from previously seen elements when processing a new element. Each element can be processed independently of operations on other elements.

Stateful operations, such as distinct and sorted, may incorporate state from previously seen elements when processing new elements.

It may need to process the entire input before producing a result. For example, one cannot produce any results from sorting a stream until one has seen all elements of the stream.

map() is an intermediate operation that returns a stream consisting of the results of applying the given function to the elements of this stream.

filter() returns a stream consisting of the elements of this stream that match the given predicate. It is an intermediate operation.

flatMap() is a combination of map() and flat() operation. It first applies the given function to the elements of this stream and then flattens the resulting elements into a new stream. It is an intermediate operation.

distinct() returns a stream consisting of the distinct elements (according to Object.equals(Object)) of this stream. It is an intermediate operation.

collect() is a terminal operation, and it performs a mutable reduction operation on the elements of this stream using a Collector.

A Collector is specified by four functions that work together to accumulate entries into a mutable result container, and optionally perform a final transform on the result. They are:

foreach() is a terminal operation that performs an action for each element of the stream.

Let’s assume that we have a list of validation errors obtained from BindingResult.getAllErrors() and we want to get all the error messages with field names and convert that to a JSON format string.

Let’s assume that we have a list of users and some of the users having a profile image with a unique user key stored in the server.

If we need to delete the profile images with the user key, then we can filter the users having an avatar, map the user key and then collect them in a list.

Let’s assume that we have a list of user roles and each role has a list of privileges.

If we need to get the list of all privileges of all user roles, then we can do so with the combination of map, flatMap, distinct, and collect operations.

The following diagram depicts what each operation does to get the list of distinct privileges from the collection of roles.

map returns a new stream of lists and each list containing all the privileges of a role.

flatMap produces a new stream containing all the privileges in all the lists. As a result, this new stream may contain duplicates since different user roles can have the same privileges.

distinct returns a stream consisting of the distinct privileges by eliminating the duplicates.

collect operation collects all the distinct privileges into a list.

Let’s assume that we have a list of roles and each role has a list of privileges. If we need to convert all the roles and privileges to list of SimpleGrantedAuthority, then we can use map and forEach functions.

forEach adds each element of the stream to the authorities list.

That’s all folks. In this article, we have explored the Stream API functions.

Love my tutorials? You can support me by donating on Paypal 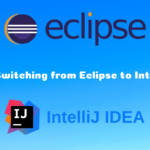 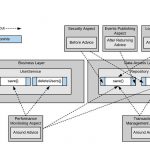 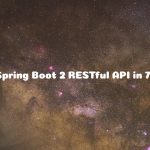 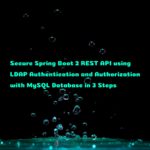